A new contemporary art museum in Susz, Switzerland, was opened in January by Polish millionaire investor Grazyna Kulczyk. Initially, she planned to build a museum in her native Poland, but in the end she chose a secluded place in the mountains in southeastern Switzerland. The museum is located in a 12th-century monastery, but in order to provide it with spacious halls, the architects removed about 9 tons of rock. The inaugural exhibition showcased the founder’s own collection and was titled “A Woman Looks at a Man Who Looks at a Woman” and featured works by women artists including Louise Bourgeois, Marlene Dumas, Judith Bernstein, Yayoi Kusama and Jenny Holzer. And from July 27 to November 10, you can see drawings by Emma Kunz, a Swiss artist of the first half of the last century, who during her lifetime became famous as a naturopathic doctor and left unique geometric abstractions made on graph paper. 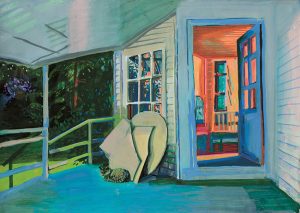 The museum will continue to support the feminist direction – ongoing research is planned on the role of women in art and science. In addition, over time, an art residence will open here, dance performances and an annual scientific symposium will be held. Grazyna Kulczyk compared visiting her museum to a religious pilgrimage that involves not just moving from point A to point B, but inner motivation and determination. “Art for me has a sacred character, so the pilgrimage best describes the path to it.”

In parallel with the large-scale retrospective of Repin in the New Tretyakov Gallery on the floor above, a small but important exhibition of the artist Boris Golopolosov was held – the first museum show of a talented, completely forgotten in Soviet times and rediscovered master. If you look for parallels to his work in world art, one could name the Norwegian expressionist Munch, who at the same time was shown in the Engineering Corps of the Tretyakov Gallery. The same intense, contrasting colors, autobiographical plots and dramatic intensity. 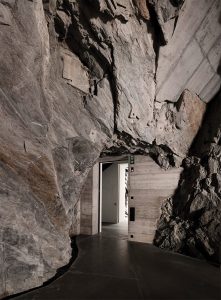 His work took place in the 1920s and 30s, but the images and painting style did not fit into the framework of socialist realism. When the struggle against formalism in art began in the country, Golopolosov was expelled from the Union of Artists, which was tantamount to a ban on professional activity. This is connected with a small number of surviving works, and in fact, complete oblivion. The result of the exhibition in the main museum will certainly be the emergence of new works, including the art market.